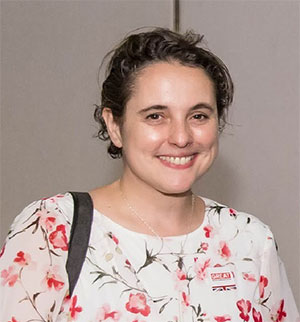 Susana Galván, originally from Barcelona, Spain, and a dual British and Spanish national, has devoted most of her academic and professional life to the learning of languages and working in the area of international cultural relations. Holder of a degree in Translating and Interpreting and another one in Modern Chinese Studies, and fluent in Mandarin, English, Spanish and Catalan, Susana studied in Barcelona and Leeds Universities, and later won scholarships to study at Beijing University, National Taiwan Normal University and Taipei University of Culture.

Susana has spent most of her career working for the British Council, based in several countries in East Asia, managing the promotion of cultural and education programmes and exchanges. For a period of two years, she was based in London as Head of the Private Office of the CEO and the Chair of the British Council. After that, she was posted back to East Asia to take up the post of Director Education and Arts in Burma/Myanmar. In 2015, she was posted to Taipei as Director (Taiwan) and Director of Education for North East Asia (covering Taiwan, Japan, Hong Kong and South Korea), and also served as one of East Asia’s Regional Leads for Equality, Diversity & Inclusion. In Taiwan, she worked closely with the British Chamber of Commerce, helping them develop a Diversity category for their first ever Better Business Awards, she was an active member of their Women in Business Committee (WiB) and a Mentor on their WiB’s Mentoring Programme (which she helped them to develop).

Susana is one of the British Council’s Global Accredited Diversity Facilitators, and has delivered numerous workshops and training sessions on areas related to Diversity & Inclusion – with a particular focus on Unconscious Bias and Anti-Racism – to British Council leaders and teams across their global network, as well as to FCDO teams in different countries and to external partners. Susana is also a member of the European Women’s Management Development International Network (EWMD).

Over the years, Susana has also been regularly involved in writing, public speaking and presenting, as well as in media work. During her earlier years in Taiwan, she was invited to host her own radio show about Spanish culture and music. She has regularly appeared on numerous TV and radio programmes, hosted and presented at a wide range of educational and cultural events, conferences and lecture series and contributed to a number of education and culture publications.

In recent years and in her free time, Susana has become increasingly involved in the promotion of the arts, inclusive arts and arts education, working together with her husband, British violinist and conductor Sebastian See-Schierenberg. Susana is Chair of Live4Music, a UK-registered charity she co-founded with her husband, which aims to engage and inspire young people through the delivery of concerts, music training and music education activities around the world. The charity’s most recent work was the founding of the ground-breaking Orchestra for Myanmar and the New Children’s Choir in Myanmar and the set-up of a violin programme for a School for Blind Children from deprived backgrounds in Yangon. Susana and Sebastian are still actively managing these projects (although currently they are sadly paused due to Covid-19 and the shocking military coup of 1 Feb), delivered in collaboration with a significant number of renowned musicians, foundations and arts and education organisations/institutions from East Asia, the UK and other European countries, and the US.